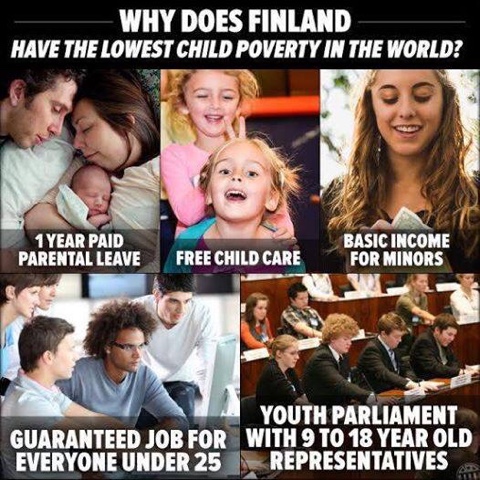 I don't know why this meme bothers me, but it does. Maybe it's the basic income for minors; maybe it's the Guaranteed job for everyone under 25, or maybe it's the fact that we are already billions of dollars in debt and people are becoming poorer not richer...

Possibly, it's the fact that we are no longer the America of yesteryear where we teach our youth to work hard and add our worth to our communities to make a stronger nation. Maybe, it's because more people want handouts and don't want to earn any of it.

If I want to give my children an allowance I will, if I want to support them in college, I will, but those are MY choices. I don't want to be forced to handout more of my hard-earned money to help unless I WANT to.

Some of you will say that's not Christian, some of you will say that I'm not a loving person, some of you will say, "but Sandi you don't work, Matt does and he gets paid well. What about those who don't make what he does?"
To that I would say, as I would say to your face: I did work, I started working full time at the age of 16. When I turned 18 my parents taught me I couldn't live for free if I wasn't going to college, so I paid rent. I thank my parents for teaching me to have a work ethic and save my money for a rainy day. I worked out of the home even when my kids were little. I went back to school in Ocala so I could have a better education in case I needed to provide for myself one day, I worked when I moved back to Utah this past year. I've worked and will work again.

To your comment of Matt makes good money what about those who don't? Well, should I feel bad for his work ethic? I don't think so. This man of mine has been working since he was 14 years old!
I am thankful for the choices that he has made which in the long run has paid off. If you knew us back in the day we were living at poverty level. Christmas for our kids were a few toys from my wonderful parents, who made great choices to be able to live the way they did.
We made choices to fix our situation. Matt went back to school with a family of 4 (and added a 5th member to the family while there,) and graduated in 2 years with his master's degree without taking out extra money for loans ( like our friends did) all so he could graduate with low debt because we knew his job wouldn't pay off his school loan right off the bat.
Eventually (10 years later) we paid off that loan, did we hate having it? Sure. Did we clap and shout for joy when we paid it off? You bet we celebrated!
It felt good to take care of our own bills. It showed we could take care of the needs of our family. We also thanked God for blessing us with health and common sense.

I don't feel bad for those who made poor choices and are stuck. I do feel bad for those how have health problems, mental issues and can't work. I will pay extra taxes for those people. Yet, I also feel that our churches, synagogues and communities can help them more than having it be a federal program.

I don't want to, although I am forced to, have to pay for those who just don't want to work. Why?
During the depression, there were job lines, there were food stamps, but people were expected to work. What has happened to the "if your in welfare, you need to become a member of the workforce in a certain amount of time? What happened to the we will give you the opportunity to train at work training centers, but you have to get a job? Oh, yeah, that policy that president Bill Clinton put into place in 1996 called the "Personal Responsibility and Work Opportunity Reconciliation Act".  This act ended in 2004 because it's bill length lapsed and it wasn't renewed.
I have heard for years that the economy is getting better, should the welfare requirements return to getting off welfare in a certain amount of time so we can spend less federally and statewide on welfare and start paying down our nations debt??  I had hoped President Obama and Congress would reinstate a program like the one in 1996.
If you like to read more read about the welfare program here: http://www.welfareinfo.org/history/

So, to finalize my soapbox speech. I don't feel bad for those who make choices that don't lead them to a greater opportunity for a job. Going to college doesn't always provide you with a good job, that is true, but getting a degree in exercise physiology is also going to pay crap and you should research your degree out when it comes to getting jobs before you declare a degree so you can give your self a better foundation to start with. 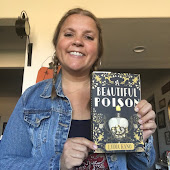